Is it worth repairing a broken MacBook or should you sell it? 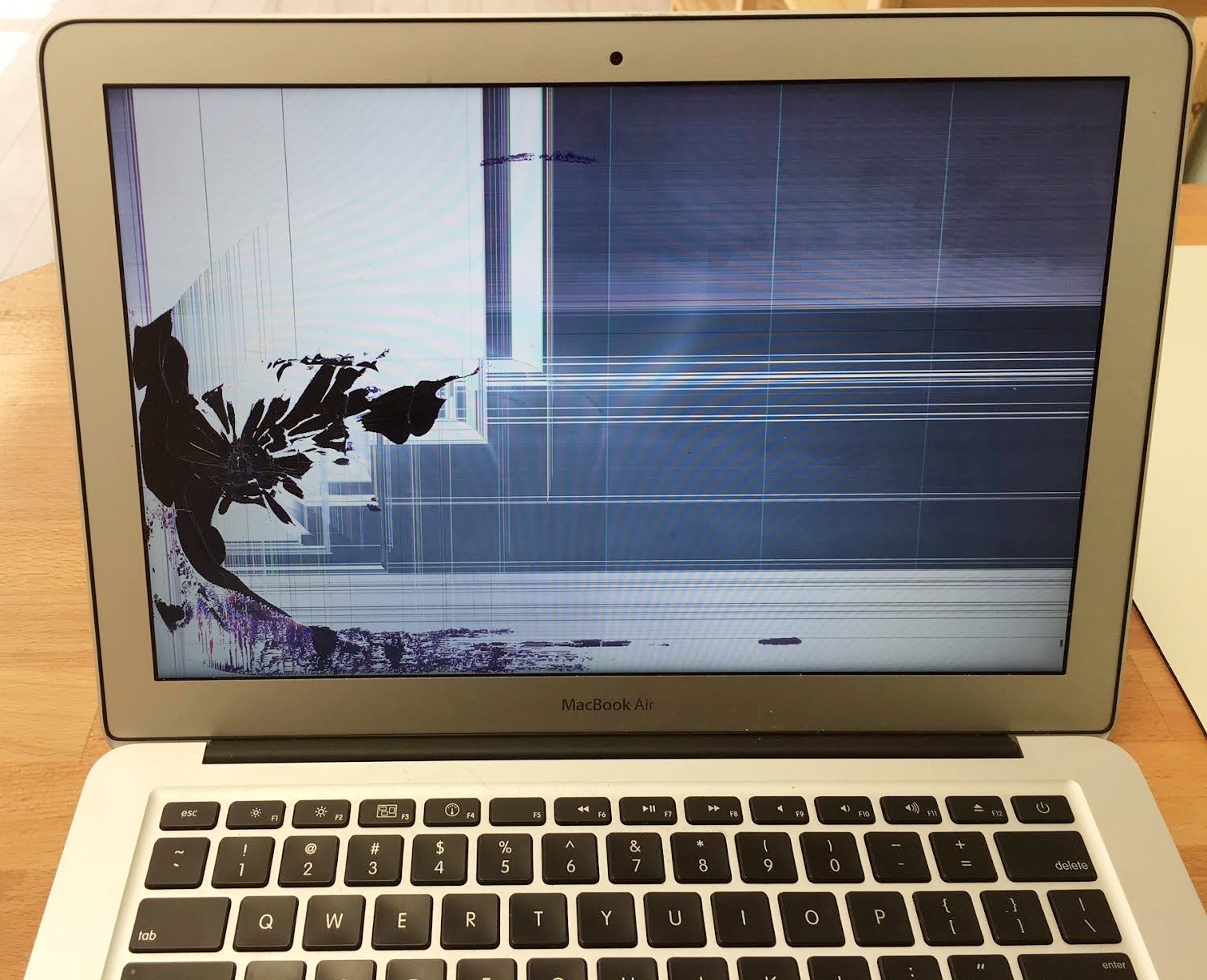 Picture this. You’re at home and drinking coffee while doing some work on your MacBook Pro. All of a sudden your cat jumps up onto your lap. This causes you to drop both your coffee and your laptop.

The result? You now own a physically damaged MacBook Pro with a broken screen and possibly even liquid damage! This means that your MacBook Pro is now possibly rendered completely useless, and you are without a laptop.

Dealing with a broken MacBook is not only frustrating but also financially upsetting. At this point you have two choices:

Regardless of the reason for your broken device, most people might assume that repairing their broken screen or water damaged MacBook might be cheaper than purchasing new. Oftentimes this is not the case, and it can actually be more cost-effective to purchase a new device.

If You Have an Out of Warranty MacBook

If you have a broken MacBook and bring it in to Apple for repairs, you will be charged a ridiculous amount of money to repair an out of warranty MacBook.

Especially if the damage is due to a liquid spill or a drop, you might receive a quote that is half the cost of a new MacBook!

Rather than pay for repairs, instead, you can sell your used damaged MacBook. Use the money you would have spent to repair your device, but spend it on a brand new device!

It is good to note that there is not really such a thing as a MacBook “repair”. Instead, it is typically parts replacement. For example, if your chassis is dented on the side, they will not pull out the dent to “repair” it. Rather, your MacBook would need an entire chassis replacement. If your logic board has a liquid spill, Apple will not repair your logic board, but simply replace it.

Each Tier is for different levels of damage. If more than three parts are necessary for a repair within the same Tier, Apple may upgrade to the next Tier level. For example, if you have three different items that need to be fixed/replaced within Tier 1, you will be upgraded to Tier 2 pricing.

There is no easy response regarding how much it will cost to repair an Apple MacBook, due to there being so many variations (such as model and year). Typically you can expect the smallest repair/replacement to be as low as $29, all the way up to as expensive as $849+.

The primary tier is typically minor parts. For example, reseating, cables, screws, or feet. It can also be structural components such as brackets.

This tier encompasses minor boards and assemblies. This can include replacement of the power supply board, inverter assembly, or interconnect board. It might also include enclosure parts or an LCD polarizer.

Any replacement to a Hard Drive is generally considered tier 3.

The final tier is for all large and detrimental issues. This includes the main logic board or a screen replacement.

If You Have a MacBook with a Broken Screen

Damaging your MacBook screen can feel devastating. Even if your MacBook is still usable, it can be completely inconvenient to use, and generally spreads over time. If you have a broken screen on your MacBook then you are not alone. Screen repairs actually represent almost one-fourth of all repairs done by Apple in-store.

Whether you dropped your MacBook Air at school, have sudden pixel issues on your 12" MacBook, or dropped something on your MacBook Pro, a broken MacBook screen is an expensive repair.

Cost of repair for MacBook with a Retina display screen

Going back to the idea of repair Tiers, the cost of screen replacement is directly correlated with the Tier, but also with the year and model of your MacBook. If you choose to have your MacBook repaired at the Apple store, expect to spend between $455 and $755 to completely replace the screen.

Example of what you might expect to pay to fix/replace your MacBook screen.

If your MacBook has Liquid Damage

Apple quotes repairs based on a series of tiers regarding damage and cost. For example, if you have a 13-inch MacBook Air and your child accidentally spills a glass of water on it, this would require a Tier 4 repair.

Tier 4 repairs can cost upwards of $750 or more. This is astronomical and almost 60% of the cost of a new MacBook Air. Apple is aware of this, and they train their employees to suggest forgoing a repair. Instead, they suggest purchasing a new device, while they recycle your broken MacBook free of cost.

Rather than give up your device to Apple for free, sell your water damaged MacBook Air, then use that cash towards a new MacBook.

Not all broken MacBooks occur because of an accident. Sometimes technology simply gets old. Years of use put a strain on a technological device, and natural wear and tear occur.

Age can show up in a MacBook as random shutdowns, a broken keyboard or trackpad, shortened battery lifetime, port issues, or overheating problems. These problems are all costly to fix and can even be expensive even for older models.

With older MacBooks, such as a broken 2012 MacBook Pro, Apple will often offer to recycle the device for you. The catch is that Apple will still make money off of it by recycling it, and this leaves you without a device and nothing in return.

Instead of fixing technology that will soon become obsolete, or recycling your broken or partially working device for nothing in return, you can sell your device to GoRoostr in order to purchase a new MacBook!

Sell Your MacBook instead of repairing it

The bottom line is that repairing your MacBook with Apple can be incredibly expensive.

Instead of potentially spending hundreds of dollars to repair a broken and used MacBook, sell your MacBook for the highest price on the market, and use the proceeds to purchase the newest model. In this case, you will not only have brand new technology, but you will also have a full warranty, and the option to purchase AppleCare+ in case an unfortunate incident happens again.