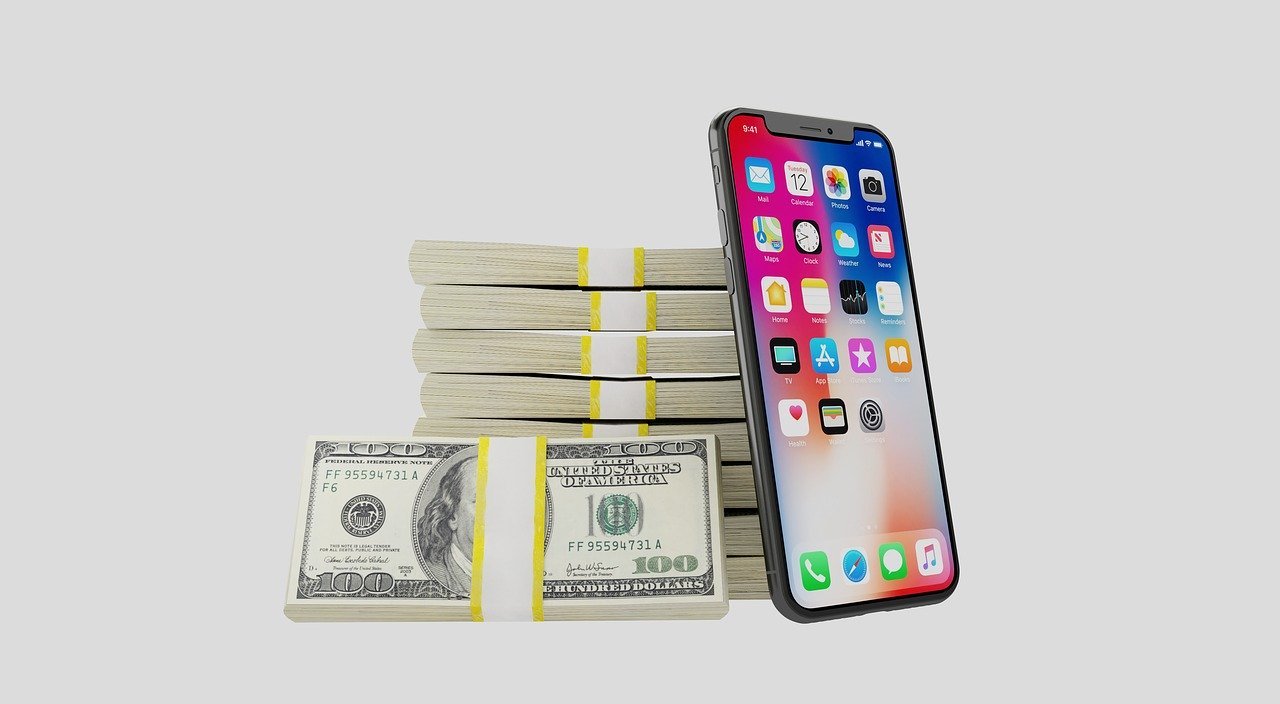 With Apple introducing new and improved products multiple times per year, it can be tempting to purchase a new device each time a new device is released. Unfortunately, this is extremely expensive and the average American cannot afford this.

Are you someone with a Macbook, iPhone, or iPad that is showing signs of age, or water damage? Or maybe your broken iPhone is definitely in need of an upgrade? Whether you are looking to upgrade from your horrible 2017 MacBook Pro keyboard to the new improved butterfly-keyboard-wielding MacBook Pro, always want to have the newest technology out there, or need to get cash for your broken macbook pro, you may have considered Apple’s trade-in program.

What is Apple’s Trade in Program?

In retrospect, this program is a great idea! You can easily send in any of your Apple devices and receive one of two options: exchange for a credit on a new device, or credit in the form of a gift card.

Apple was ranked as the top tech company in the world by Forbes in 2019 and with good reason. There is more than meets the eye with the Apple trade-in program, but would you expect anything less from a company worth over $961.3 billion?

Basically, the Apple Trade In program is not the most generous trade-in option for any of your Apple products. Let’s take a look at seven reasons you should not use Apple’s Trade-in program

#1 The Trade in Program is run by a third-party

Although it may not be explicitly obvious, Apple's trade-in program is actually run by a third-party company called Phobio, and not Apple themselves. Many people do not realize this. This third party system actually makes trading in your phone through “Apple”, no different than using any other trade-in/device selling company.

#2 You will never receive cash

When using the Apple trade-in program you will only receive your credit in the form of Apple Gift Cards, or credit towards a new device. This is essentially manipulation that prevents you from receiving any cash in your pocket and instead guarantees that your money will be spent at Apple. Often times you can find a better deal on a new Apple device from a different store, so you would benefit more receiving cash from a company like GoRoostr and then purchasing your new device elsewhere.

#3 You may be misquoted

When choosing to trade in your device through the Apple trade-in program, the quote process is extremely basic with limited questions. This often causes confusion or issues with a price quote. Although you might consider your device to be in a specific condition, Apple’s trade-in program may price adjust you after receiving your device for an issue you may have not thought would pose a problem.

#4 You probably won’t get a good price, if one at all

Apple tends to offer a much lower trade in value compared to other companies. Many times you also run the risk that Apple will refuse to make an offer. This is due to certain devices being in a specific condition.

If you are looking for your dead or broken MacBooks value, then Apple is the wrong place to be searching. For broken devices instead of offering credit, they will offer to only recycle your device for free. This means you recieve absolutely nothing for your device, but they may be able to resell, reuse or recycle your parts for their own gain. Now how is that fair?

You might be thinking “well I really need to sell my dead MacBook.” If you have any Apple technology such as a water damaged iPad, broken iPhone, or dead MacBook, you will receive nothing if using the Apple trade in program.

Above all, you will most likely receive a much better deal from a different trade-in such as GoRoostr.com, and you will receive a realistic estimate from the beginning. Considering the standard price for Apple products, getting the best return is very important.

The maximum you can receive from Apple for an iMac is $1460. This would be a model with a huge amount of storage, the best speed, and in perfect condition. Generally, you would spend well over $2000 for a new iMac with the lowest storage and lowest speed.

If you are looking to sell your MacBook then you will want to get the best price possible since new these devices start at $1299. For a late 2017 MacBook, you can only receive up to $495 through the Apple trade in program, while Apple claims to pay up to $2,470. This is an incredibly deceiving estimate. By using a different trade-in company you will not be deceived into thinking you will receive a higher price, then eventually be offered a lower price due to “quality” or age.

#6 Your device may not be eligible

There are many aspects to Apple’s trade-in criteria that might make your devices ineligible. If at any point during the life of your device you broke your phone screen, you may have brought it to a third party.

#7 Your new device must be paid upfront

In 2020 most iPhones are paid for on a financing plan. This often includes a phone and data package included in the monthly payment for the device. With the Apple trade in program, you cannot use your trade in value to finance your device. Essentially, you will need to trade in your device for an Apple credit, and then fully pay off your new device.

For example, if you plan to trade in your iPhone X in good condition then you will receive a maximum of $230 in Apple credit.

Keep in mind, these upfront payments are after you have already purchased your original device around two years prior for about the same price.

Additionally, if you decide to purchase your new device before doing your research (thinking you can trade-in your device for cash later) you will not be able to do so. Instead, you will only receive the standard Apple gift card which you can only use to spend on a new Apple device.

It might seem like this is the case but in reality, there are other options that are just as easy, if not easier.

All trade-in programs essentially ask for the same instructions to be completed:

On average, compared to Apple’s trade in program you will receive at least $40 more on sites such as GoRoostr. This is for an iPhone in “good condition” meaning there are “a few light signs of use such as minor scratches on body. No dings, chips, or marks on the screen.”

If you are looking to get the most out of your used or broken Apple device, avoiding the Apple trade-in program may be the best gift you can give yourself.