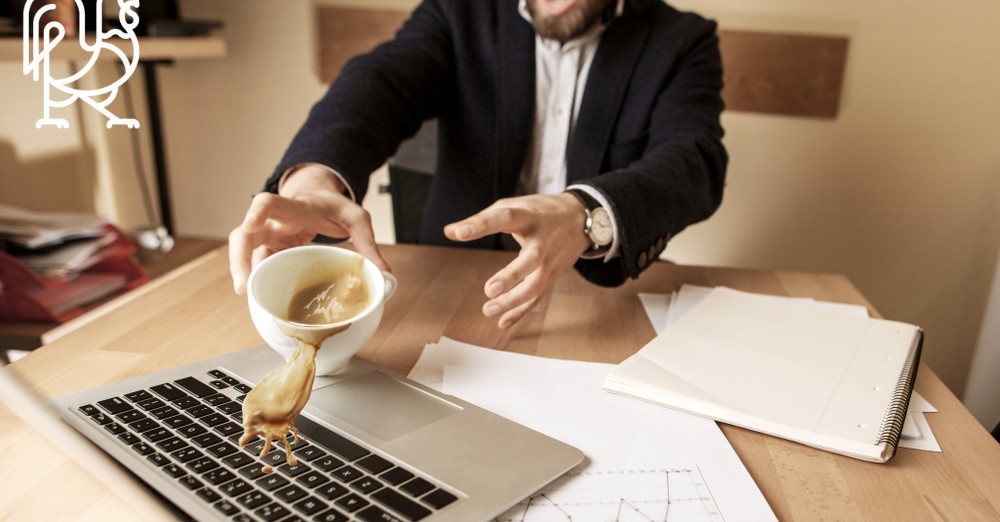 Having a broken computer can completely affect your life. You may not be able to work, find out information, or complete projects for school. Even if you do not have a computer as a necessity, it can still be extremely inconvenient when your computer breaks.

What is important to note is that there are different levels of breakage when it comes to MacBooks. Often you may have a crack in your screen that prevents you from reading it properly, or you might have water damage that causes it to shut off suddenly.

Whatever problem you have with your MacBook, rather than throw it away, you can sell it instead. The most important part of selling your broken MacBook is the timing of it. When to sell, and when a repair might actually be worth it.

What Happened to Your MacBook?

The first question you need to ask yourself is what actually happened to your MacBook.

You Cannot Update To The Newest Version Of macOS

Each year Apple releases new iPhones along with a new iOS but they also release new Macbooks with a new macOS. macOS is the operating system that all Apple computers use, and this is usually released in September or October. Even though Mac models from past years are able to run the new OS, there does come a time when your old MacBook will no longer be able to do so. If your computer won't upgrade to the latest edition of macOS, this means that it is becoming obsolete.

At the time of publication macOS Catalina 10.15 is the newest version available and there is a list of obsolete Macbooks:

If your MacBook is on this list, then you most likely have an obsolete computer. Although it may not be fully broken, it is definitely a reason to sell your MacBook. Because you won’t be able to update to the new features, your MacBook will slowly become less useful and worth less for trade-in. You also will no longer receive security updates and third-party software will stop working which might be very frustrating. And when macOS 11 Big Sur is released in the next few weeks this list may become even bigger!

Your Hardware is Damaged

If you drop your MacBook, often the hard drive can be damaged. If this is the case, there are many issues that often arise with hardware damage that can be a sign of a disaster before it happens.

You Cannot Connect to WiFi

It is very common to have your MacBook be unable to connect to a Wifi network. Typically though, when this problem arises, you can simply “forget” the network and reconnect. Although this is common sometimes, if you are needing to do this every time you use your computer, you are having other problems.

You will need to decide if this problem is annoying enough for you to sell and purchase a new one. What is important to remember is that you never know when you may just not be able to connect. You do not want to be stuck, unable to work, connect, or use your MacBook at all in a time of need.

When liquid damage occurs, whether it is rainwater, soda, or any other form of liquid on your device, it corrodes pathways and components on the logic board. The most common issues you might face with liquid damage include:

Sometimes this can be fixed by replacing some parts, but depending on the severity of the liquid damage it can oftentimes not be worth the cost, especially if the logic board was damaged. Although it is typically not worth it to repair a liquid damaged MacBook for you, it is worth it for repair companies to do so. This means that you can still obtain a good amount of money for your broken MacBook should you choose to sell it.

If you have a broken screen, you might have already gone to Apple to ask for the cost of replacement. Even for older Macbooks, the cost of a replacement screen without AppleCare+ can be anywhere from $455 and $755! Since this is almost half the cost of a brand new MacBook, it makes no sense to replace the screen. Instead, you can sell your broken MacBook to a company like GoRoostr, and use that cash to buy a new, or used, MacBook.

When to Sell Your Broken MacBook

If you are thinking of selling your old broken MacBook to buy a new one, you should do it sooner than later. This is because the older it becomes, the less valuable it is. Especially because a new MacBook comes out each year, you will want to try and sell it beforehand. This will allow you to get the most for your money.

If you do choose to sell your MacBook, you should do so through a site such as GoRoostr. This way you can avoid getting ripped off by Apple trade-in, and get actual cash in your pocket to purchase a new one.

Where to Sell Your Broken MacBook

As we just explained, you should always go through a site like GoRoostr that will allow you to obtain cash for your MacBook. This is important because if you trade in your MacBook to Apple, you will only get a gift card in return. This means you will need to purchase a new device through them, rather than purchase a used device should you so choose.

Should You Sell Your MacBook?

Although there are many problems that do require a replacement, there are some that may not require it. You may not need to sell your MacBook for something small, such as if your charger is not working unless it is held in the right position, you have dead pixels that do not disrupt your use, keys that are sometimes stuck, or crackling speakers.

Despite this though, there are often small things that can occur and build up until they make your computer no longer usable. If this is the case, it is time to sell your machine and get a new one so that you can stop dealing with hassles.

It might be hard to get rid of your MacBook, but the sooner you sell your MacBook, the more cash it will put back into your pocket. Check to see how much your MacBook is worth with our value calculator.